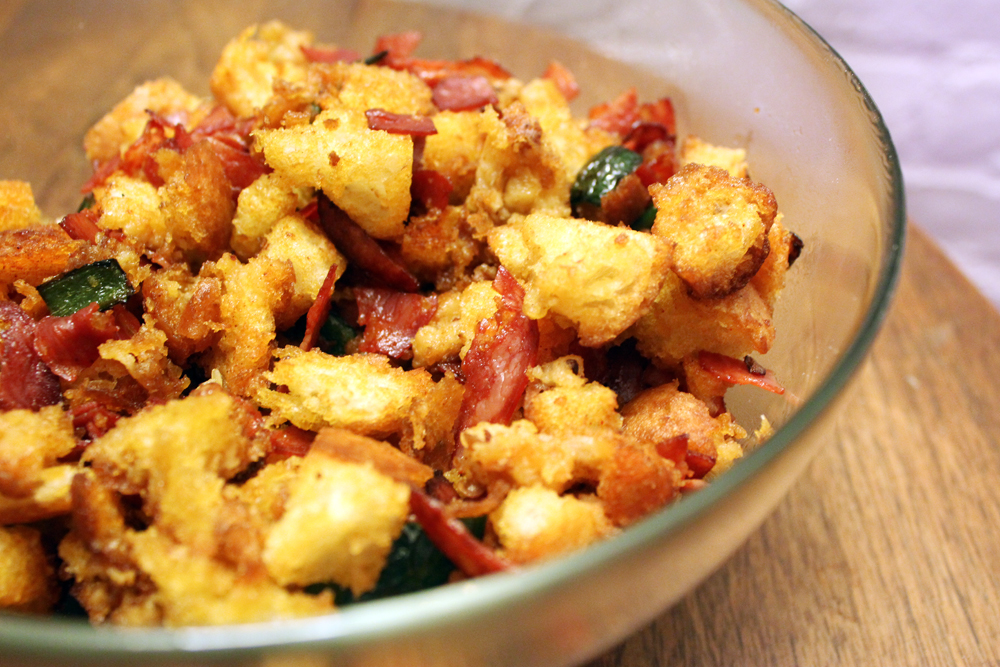 Most tourists come to Spain with the misconception that Spanish food is just sangría and paella. However, this is not all that the country has to offer! Spanish cuisine is very rich and that richness includes a variety of foods that may seem strange to a foreigner, but they are really delicious. Read more to discover typical Spanish foods that are out of the ordinary.

Baby eels are the “caviar” of Spain. The tradition of eating baby eels comes from the north of Spain (Basque Country and Asturias), but now it has become a delicacy throughout the country. These tiny creatures are cooked in olive oil and garlic, and are sometimes served on top of bread as a “tapa”.

No, this is not the Mexican tortilla, the tortilla de patata is an omelette that can be eaten at any time of the day, and found in any bar in Spain. This dish mainly consists of eggs, potatoes and onions. It is usually eaten with a glass of beer or wine, but it also pairs well with a warm cup of coffee. It is a local favorite and a must try when visiting Spain!

Cocido Madrileño is a hearty meal and a local favorite during the colder months. The first course consists of a soup that is made with liquid obtained from cooking the meat and vegetables together. Then they add vermicelli pasta and cook  them inside the soup. The second course is made of different type of meats, vegetables and chickpeas. Some restaurants even add bits of chorizo to add more flavor. This is a rich and flavorful that you cannot miss when visiting Madrid.

Spaniards don’t let any part of the pig go to waste. While pig ears are a delicacy, they tend to scare off most foreigners. However, they are delicious when done right. They are grilled until crisp, topped with hot sauce, garlic, and olive oil and go perfect with a cold beer or a glass of red wine.

These little critters have a hefty price tag and are considered to be one of the most expensive seafoods in the world. This is due to the fact that Percebeiros, risk their lives to gather the barnacles on the rocks of the coast. Surprisingly, they can easily be found in restaurants. This bizarre finger food seems strange but is delicious.

Gazpacho is a creamy soup made with tomato and other vegetables that is served cold. Yes, you read right, it is served cold and is very popular. This Andalusian dish is perfect for the hot summer days of Spain, but can also be eaten all year round. Gazpacho could also be considered as a vegetable smoothie or a liquid salad. It is worth a try!

One cannot visit Madrid without trying one of its most famous dishes, the fried calamari sandwich. This simple, yet classic dish is made of fried calamari, a crunchy baguette, olive oil and some lemon drops. It sounds like a strange concept, but it is so good!

If you like seafood, you may to love this dish. Pulpo a la Gallega is a traditional recipe from Galicia but can be found everywhere in Spain. This simple dish combines octopus, paprika, olive oil, potatoes, and salt to create flavourful bites that pair best with white wine.

A traditional dish that belongs to Extremadura, a region in the southwest of Spain. Migas are made with breadcrumbs, olive oil, red peppers, and topped with bacon or chorizo. This recipe is very rich and originated as a meal peasants would eat during the harsh winter months.

A warm, stew perfect for winter days. Callos can be found at most Spanish restaurants. Are you really interested in knowing what they are made of? Well, the main ingredient is beef tripe. However, do not knock it until you try it! While this dish seems bizarre it is actually quite tasty.

This dish is an Andalusian classic that has its origin in the bullfighting because the meat of the bulls killed in the bullfight is sold to the butchers and everything is used, even the oxtail. Generally foreigners are reluctant to try it but it is a very tasty stew and it is worth trying. It is usually prepared as a stew, but you can also find oxtail in other dishes, such as croquettes.

Do you remember how Spaniards do not let any part of the pig go to waste? This is yet another example. Torreznos are pieces of pork skin that are fried until crunchy These are delicious and can be eaten as a tapa.

We hope we have convinced you to enjoy Spanish gastronomy…

So, which one are you going to try first?